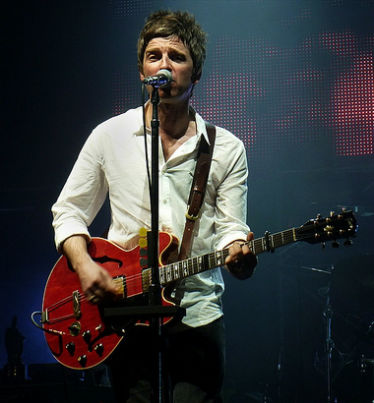 One thing that crops up time again from students everywhere is the dreaded issue of chord changes. I spend a lot of time in the early stages with my private students helping them get past this hugely frustrating part of playing the guitar, and I answer quite a few emails on this subject too.

I hate to see it when students start learning the guitar with loads of passion and ambition only to lose interest or get super frustrated because of this issue. Often they will then stick the guitar up the attic for 10 years and let it gather dust while their musical ambitions slowly fade away. It’s a real shame to see.

The first tip I will give you today is a really cool little method called the ‘Pivot Method’. It’s a tip you will find really useful and will help with quite a few really common and important chord changes.

When learning a new chord change, the first and simplest way to get your fingers used to moving to the right spot is by using what is called the ‘Pivot’ method.

On certain chord changes you can leave one (or sometimes two fingers) in the exact same place for both chords. For example, the G Major to E minor chord change is a very popular chord change and can be used in a tonne of songs from Stand by Me (Ben E. King), Songbird (Oasis), and many more…To use the pivot method here going from a G to Em the:

Take a look at the images of the G Major and E minor chords below. That first finger doesn’t move. It’s so simple, fast and effective – yet so few do it. 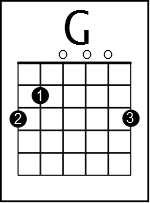 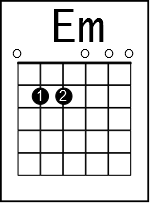 The reason why this is such a good method is that it makes it much easier to get all the fingers in the correct position quickly and with ease while pivoting around one finger.

Have a think about which other chord changes you frequently do where you can ‘Pivot’ from and to. Your chord changes and guitar playing will improve if you use this method wherever you can.

One thing I have seen over and over again with students is that they use way too much pressure on the fretboard when playing a note. If you haven’t played guitar for long you probably do so too.

Whenever a new student plays a note that requires their fretting hand fingers to fret a string, they often squeeze the life out of the fretboard, and this only gets highlighted whenever they are playing something out of their comfort zone.

If you are squeezing the life out of the guitar when fretting a note, feeling your muscles explode like Arnold Schwarzenegger, then it’s time for us to take a step back and look at this crucial aspect of guitar playing.

Tension in the fingers equals tired, sore fingers and that means slow, lacklustre inaccurate changes. It’s like if you were slogging it all day in the gym, and then went to play football, you probably would be too worn out to play well.

You should be constantly adjusting the pressure so you get the perfect balance between fretting the note cleanly, and using hardly any pressure.

One super tip to make this easy, is to get as close to the fret as possible. You hardly need any pressure at all there.

When we have a huge amount of tension in our fretting hand fingers, we are making everything 10 x harder, SO STOP PRESSING so hard and your chord changes will get faster.

Many beginner guitarists don’t realise this until someone shows them, but a lot of pro’s and I mean a LOT use what I call the ‘Lift Up’ method.

This is a great method and one you should use today.

On the last upstroke you strum, you lift your fingers off the fretboard with your fretting hand and start moving towards the next chord.

This buys you time to get your fingers into position for the next chord.

Yes, it is just a fraction of a second, but hopefully by now, you will have realised that fraction a second makes all the difference.

If you were to strum a very basic pattern of:

Normally that last upstroke you would play with your fingers on the chord, but now we lift our fingers off on that highlighted upstroke.

As the fingers of your fretting hand are in the air they should be moving towards the next chord while the right hand is still strumming.

It is difficult at first as you need to be moving your fretting hand on an upstroke which you probably won’t have done yet, but stick with it as it will make BIG difference.

If you want quicker chord changes and are feeling huge amounts of frustration, fear not, the above techniques will help.

Apply them as much as possible and you will notice the time it takes you to change between chords will decrease and your enjoyment of playing the guitar will increase.

If you want to get really good at your chord changes (and get past the most frustrating part of learning the guitar so you can start having fun with this awesome instrument), check out Ninja Chord Changes – a powerful course dedicated to solving this guitar hurdle in quick time.