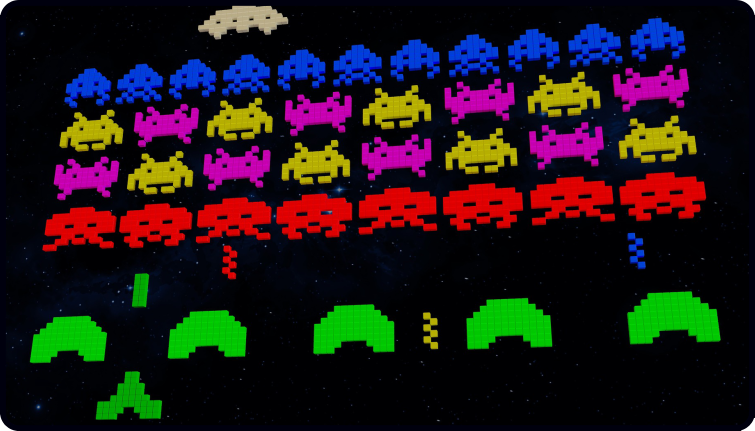 Welcome to a new Monday post with 3 random thoughts on all things guitar, music, and life, including an arcade birthday, the importance of being thick-skinned, and more. Here we go…

It was my birthday the other day.

I don’t make a huge song and dance about it, but I had a great time with Archie and family.

My girlfriend Sally also organised a night out up Digbeth (a part of Birmingham where some of the Spielberg film Ready Player One was filmed).

We had a great meal, some tasty drinks, and then went to a big arcade full of old-school classic computer games.

These were games from when we were kids, and some were even older.

Time Crisis, Mario Kart, Pacman, Halo, Galaga, and the Terminator 2: Judgement Day game (which I always wanted to play as a kid) and even AC/DC Pinball.

It was so much fun.

Unlike a few of my old mates, I never really play computer games – at least not the modern ones like the PlayStation and Xbox.

I find them a little too heavy, in-depth, and a bit serious.

Sometimes, with all the vast amount to learn out there, we guitarists forget to have fun.

That’s why I always say every day, no matter what is going on or what you are learning, do something fun on the guitar each day.

Today I’ve been working on something which I think you will love.

In fact, I’ve spent about 2-3 hours on it this morning, and am very excited to get it out there.

It’s all about fun, simple songs.

I got an angry email the other day.

It was where someone pretty much took what I said from an email and twisted it ‘round to make me look like some sort of mean guy.

I may go into that email more at some point, but for now, let’s just say in the past I would have let this bother me.

…But the thing is, when you put yourself out there writing emails to 15000+ people most days, creating videos, books, and courses, and being on social media, you have to have a thick skin.

I’ve never been the overly sensitive type, but no one likes to be criticised.

I realised a while back that doing this job and having contrarian views to most people, you have to have a thick skin.

I have always found the students who deal with negatives better, make the most progress.

By this I mean like having a bad practice session and not beating yourself up and not being frustrated by slow progress on a certain song, etc.

Honestly, be as thick-skinned as possible, and do your best to let any negativity be like water off a duck’s back.

Being like this has made me a happier guitarist and teacher.

It’s easier said than done of course, but this advice will make you a happier guitarist too.

Yesterday, I posted this in the Fingerstyle 101 Facebook group.

“One thing I talk about a lot is goals and that a great first big goal guitarists should aim for is that they should learn five songs. So, how are you getting on with your first five, and what are they? If you’re fairly new to guitar or coming back to it, don’t worry if you haven’t got five yet, it’s just a good goal to aim for. You will get there!”

There were some great comments, and one member made a good point which I don’t want to overlook.

I talk about the 5-song goal, but you do have to start with one song.

It’s all about doing it one step at a time.

Most guitarists I teach tend to have learnt a fair few bits and pieces of songs.

Having 5 solid songs as a mini “Setlist” is a great first goal as it will help you get things refined, organised, and tidied up.

…But if you’ve never learnt or finished a song, it’s good to start with one and get that finished off.

It will do wonders for your confidence, especially when you keep refining it, adding to it, and smoothing it out.

Then you simply rinse and repeat and do the same with the next song, and so on until you hit five.

Start with one though.

For a great song to learn, especially if you enjoy Travis picking, this is one of my favourites. Plus, the way the course is set up will help you learn it with focus so you can chalk off a classic song.

Find out more below…