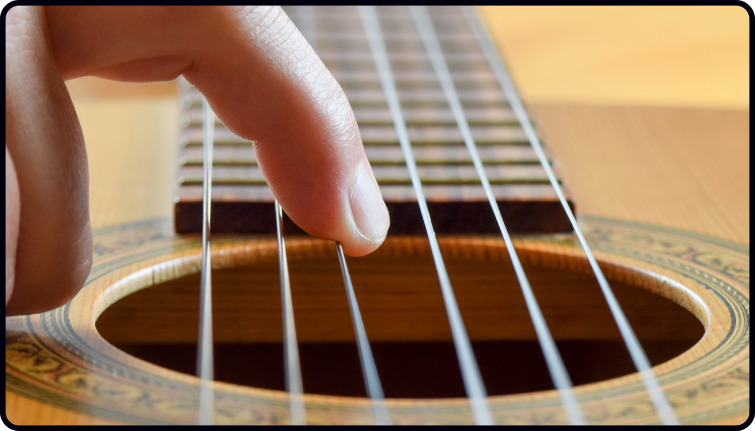 Welcome to a new Monday post with 3 random thoughts on all things guitar, music, and life, including advice from Billy Joel,  Wotsit nightmares, and more. Here we go…

Have you ever heard of wotsits?

If not, they are these cheesy corn puff snacks that leave a bright orange residue all over your fingers.

Well, the other day Archie ate a pack and went to play his ukulele.

It reminded me of something that happened 8 or 9 years ago, back when I used to teach at a school.

The first day I was talking to the piano/clarinet teacher.

She said, “They are nice kids but watch out, they will leave wotsit stains all over your guitars”.

I just laughed, but after doing a few lessons, I realised these kids were coming in with these super greasy, potato crisp/tortilla chip-stained fingers and leaving these horrible greasy marks all over the guitars.

I was just glad I never had to bring my own guitar in and made sure as heck they washed their hands before starting any music lesson.

Anyway, that was a funny memory I thought I would share, and I am sure if your kids or grandkids are ever trying to grab one of your guitars, you know what I mean!

#2 – How to fix annoying chords that sometimes buzz

Do you have a chord that sometimes buzzes when you play it?

Well, years ago, I had a student called Andy.

He got into a bad habit of playing chords sloppily.

Sometimes he would play the chords perfectly, but it was hit or miss.

They buzzed more often than not.

When they buzzed, he made a small adjustment and fixed it right away.

This showed me it was a bad habit and not a technical issue.

A simple exercise I showed him to help fix it was based on the “Five Times Rule”, and was this…

Every day for a week, he should play his most troublesome chord…

The C Major chord and…

I told him to do this multiple times a day so he could build better habits.

What happened was that he got fed up with starting again, so he ensured his fingers were super precise every time, and guess what?

Within a week, his C Major chord was loads better and the bad habit was broken.

It is not a miracle cure, but it is a good handy little tip to try for a problematic chord.

Let’s finish with something funny.

It is about how important it is to practise with real focus no matter what you are learning.

Heck, even if you have played a piece a thousand times, being focused is still so important…

I once heard a quote from him talking about playing “Just the Way You Are” at a gig. He was playing the song, and this happened…

“I was thinking, I wonder what the club sandwich is like back at the hotel. That’s when I realised, I better stop singing that song!”

It is always a good idea to be focused when you play, otherwise…

Hang on, go let me get a club sandwich and then I’ll finish this email….

Anyway, I hope you found that useful, or at least mildly entertaining.

For something else much more useful, check this out: