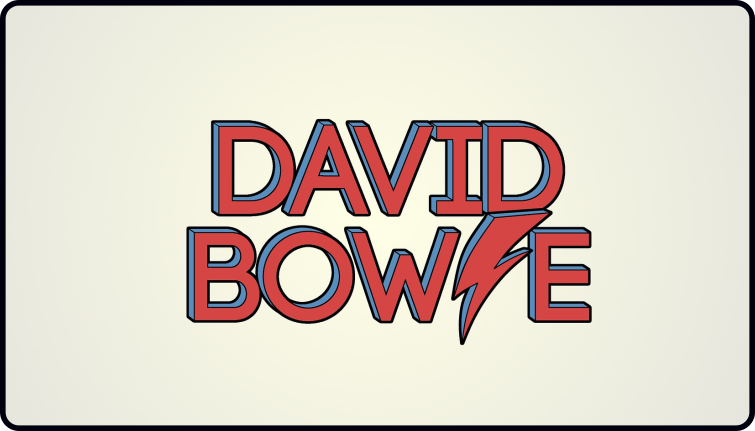 Welcome to a new Monday post where I share 3 random thoughts on all things guitar, music, and life. This week is a David Bowie special edition as he would have been 75 on Saturday.

Whether or not you are a fan, I think there will be some useful nuggets here…

David Bowie was a genius artist and one of the best, but like all greats, he couldn’t get to where he got all by himself.

There were many who helped David on the path to superstardom.

These included fashion designer Kansai Yamamoto, rock legend Iggy Pop, the many members of his band, and, of course, guitarist Mick Ronson.

I love the playing of Ronson.

His riffs were cool, his rhythm groovy, and his lead playing full of style and substance. He played a huge part in the making of some of Bowie’s most well-loved albums.

I heard a good interview with Rick Wakeman (from Yes) saying how David and Mick elevated each other and brought the best out of themselves by doing so.

That shows the power of having others around you who can help bring the best out of you.

On guitar, this means being around quality musicians, guitarists, and teachers who will push you to be the best.

The other day I was listening to BBC Radio 6 (one of the few radio stations I listen to).

She talked about how David wanted her to perform a duet of “Under Pressure” with him after Freddie Mercury passed away.

David told her she had two weeks to prepare for it and then left the room!

What a task, but she did, and it sounded great.

Listening to her talk about the experience, she was super humble about it all and was petrified preparing for it.

It was no accident she succeeded though.

She was passionate about the music of Bowie and Queen, a dedicated musician, skilled, well-drilled and had David’s firm belief she was up to this task.

That shows the power of both passion and belief (it does help it was David Bowie showing huge belief in her!).

One thing I love about David Bowie, apart from the songs, was the style and genre changes.

He constantly reinvented himself.

I cannot think of anyone who was so varied and interesting as Bowie in mainstream music – not even close.

Before he hit Berlin in the late 70s, David said he was a mess and his drug use was going to kill him (a diet of hard drugs, milk, and bizarrely, red peppers would do that I guess!)

Anyway, he escaped, went to Berlin, and made a fresh start.

It was a turning point for him.

Sometimes we all have got to change directions on guitar.

If you ever struggle, a fresh start and a new direction can be very powerful.

So, keep that in mind if you are struggling – you can turn the corner, reinvent yourself, and be the guitarist you want to be.

Whether or not you are a Bowie fan, I hope you enjoyed that.

We can all learn a thing or two from the best musicians out there, and for me, he really was one of the best.

P.S. If you enjoyed that and want advice on how to get the best out of yourself on guitar or to make a fresh start and really master the fundamentals, then check this out…