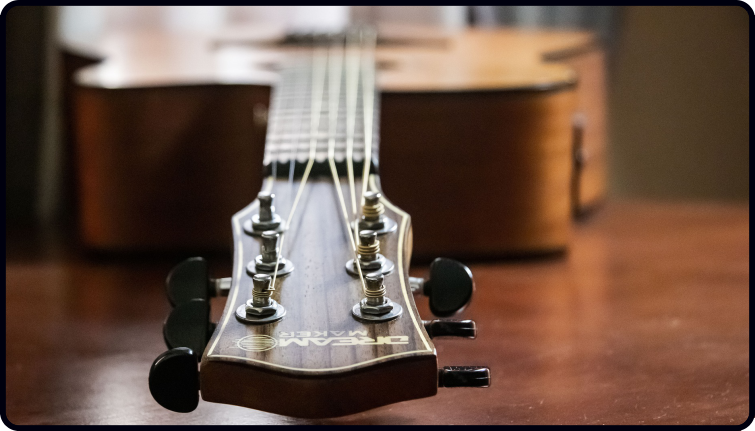 Welcome to a new Monday post with 3 random thoughts on all things guitar, music, and life, including a Paul Simon interview, football, and more. Here we go…

One of my favourite uses for YouTube when I have 5-10 minutes to spare is to watch interviews with my favourite musicians.

The other day I was watching Dick Cavett interview Paul Simon.

He was asking Paul about how he wrote “Bridge Over Troubled Water”.

He said something along the lines of one moment the song didn’t exist and then at some point in time it did, how did it happen?

Well, Paul, grabs his guitar and takes him through the song showing how it was inspired by a J.S. Bach chorale…

Then, when he got stuck with it, listening to gospel music helped him move forward with the song.

It’s a great interview that takes you through the thought process of how a wonderful song was created.

Definitely worth a watch if you like going behind the scenes and seeing how great musicians create their music.

Check it out HERE if you want to see it.

I am a big football (as in soccer) fan and at the moment it is the European championships in international football.

For those who don’t follow the sport, last week there was a huge game in the tournament.

It was England vs. Germany.

We had not beaten Germany in a football knockout match for 55 years!

They had been our football tormenters for so many years, but…

It was a great moment and I think the whole country went berserk.

Two things played a key part, from what I could tell.

Our manager prepared some clever tactics to outfox the opposition, and the players looked like they truly believed they could win (which previous England teams seemed to lack to me).

Both belief and preparation are so important when achieving anything – especially with guitar.

Preparation in terms of what you practise and how you prepare your practice time is important (just a little preparation goes a long way).

Both are very powerful things.

In case you don’t know, it is a super cheesy kids’ programme that mixes martial arts, sci-fi, and lots of bad costumes.

It is hilariously bad really, but we have fun watching it.

One thing he loves is the theme tune (“Go, Go Power Rangers”).

So, we got on his keyboard and worked out how to play the melody.

He played the vocal melody, and I played the guitar part and we got it synced up.

He was buzzing about it, and it was fun for me too.

The melody was super simple and has just four notes.

It just goes to show, simple can be effective.

That is something I still find with my own playing too, even now.

Anyway, for more help with your playing, like how to simplify things and build up your confidence and belief on guitar, check this out: