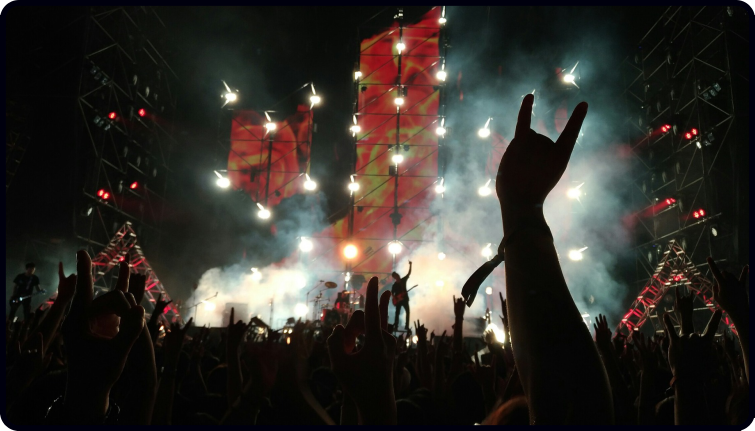 Welcome to a new Monday post with 3 random thoughts on all things guitar, music, and life, including air guitar, B.B. King’s guitar, and more…

I went out to a rock club the other night with some of my oldest pals.

I think the last time I went to a club was before Archie was born.

It’s been that long!

It was a very old-school night with lots of beers and loud music.

We had a great time.

One thing hasn’t changed in all that time.

…Air guitar on the dancefloor!

Whether it’s Bon Jovi’s “Living on a Prayer” or Fleetwood Mac’s “The Chain”, you know there are guitar players out there who just can’t resist whipping out their air guitar.

I actually think playing a little air guitar at home can be really useful for real guitar playing too.

For example, if there’s something you’re struggling to play, and tension or pain is creeping in…

Put the real guitar down for a little while.

Instead, run through the movements with your fretting hand but do so in the air.

…And do so in a super relaxed manner.

…Then try your best to keep this relaxed feeling when you play that piece on the guitar once more.

It’s a little tip that I’ll go into more detail about soon, but for now, give it a try…

I was reading about the great B.B. King the other day and the story of his famous guitar, Lucille.

If you don’t know it, this is a super interesting story.

Two men got into a fight and knocked over a barrel of kerosene that was in the middle of the dance floor.

(Apparently, using kerosene was common practice at the time to heat venues up).

Then the hall burst into flames, and everyone was evacuated.

Outside, B.B. realised he left his guitar in the building and dangerously ran back in to get it.

Later, B.B. learned that the two men were fighting over a woman named Lucille.

So, as a vivid reminder to himself to never do anything as stupid as run into a burning building ever again…

It’s an interesting story, so I thought I would share it with you.

By the way, have you ever named one of your guitars?

One thing I love to do on the guitar is to play about with a handful of chords and do all sorts of things with them.

There are so many things we can do with this.

Let’s choose the key of A.

You could play these chords in a typical 50s pop way with some simple bouncy strumming.

…You could fingerpick the chords and add embellishments just like greats such as James Taylor, Paul Simon, and Tommy Emmanuel do…

Or even jam some Clapton-esque blues with these three chords.

It’s so much fun playing about with different styles and sounds while sticking to the same chords.

Doing so really pushes you to be creative and try different techniques.

Three chords is all it takes.

Just remember, it’s what you do with them that counts.

I’m thinking of doing a fun lesson on this sort of thing soon (so let me know if this sounds interesting).

For now, if you want to master the I-IV-V in one of the most exciting guitar styles around, check this out.

Not only will you learn to jam the blues, but you’ll add loads of cool licks and riffs to it too, giving you endless amounts of fun.

Hope you have a great Monday!