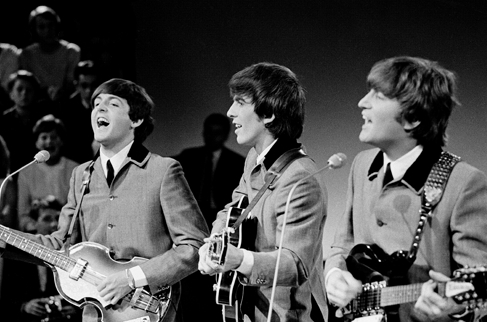 Recently, I was thinking about an old friend I had back when I was a kid. His name was Ian. Although he wasn’t a formally taught musician, he used to play this game that at the time I thought was a bit silly but, as a full-time musician nowadays, I know now is incredibly useful.

Ian was two years younger than me, and like my little brother. He had not had proper music lessons but he had always been keen about it. He would grab a keyboard here and there (belonging to one of our sisters) and would sit there playing a game on it for what seemed to be, to me, hours on end.

Personally, I wanted to play football or play fight or something at that age, but Ian enjoyed just playing the keyboard sometimes.

Thing is though, he didn’t know how to play anything properly. At least, not in the conventional sense anyway. No one taught him any chords, or scales, or songs, but he would instead do something that has stuck with me to this day. This exercise was wonderful in helping him, and me, develop as a musician.

He would simply noodle around pressing keys, trying to work out the melody to a song he knew. He would keep plugging away until he got the keyboard playing the exact same melody to some song that was on the radio at the time.

Probably Ace of Base or something (it was 1993 after all).

I didn’t think much of it at the time, I wasn’t really interested in Ace of Base-or music in general for that matter-as a kid, but when I started to learn guitar in 1999 I realised how what he did took skill and practice.

Once I was able to do this, I realised just how instrumental it was for my aural skills and how big a difference it made to my overall playing. It made learning songs by ear so much easier.

Today, I want to take you through the process and help you learn how to do this for yourself, taking it even further to benefit you immensely.

Step 1 – Choose a song with a melody you love.

The easiest thing to do here is to pick a song that has a really catchy chorus.

Pretty much most of The Beatles songs will do, or any cheesy pop song (cough, cough, confession time. Ace of Base, I actually used to love that song as a kid. Shh, don’t tell anyone!).

Just make sure it’s a melody you know really well and can sing, or hum, reasonably in tune to (believe me this makes the other steps easier).

Let’s pick The Beatles ‘She Loves You’ as our work through example.

Step 2 – Pick a string on the guitar to work it out on.

The tempting thing when working out melodies is try to use ‘position playing’. Position playing, for those of you that don’t know, is where you use multiple strings in one area of the fretboard.

For example, position 3 is where you play the notes from the 3rd fret to the 6th fret on all six strings.

Don’t use position playing as this can become confusing.

The best way to work melodies out is to move up and down one single string. This linear way of playing simplifies what you are doing in terms of getting a higher pitch or a lower pitch.

This ALSO replicates the linear layout of a piano. On a piano, the notes go from left to right, lower to higher, whereas on a guitar, the note you are after can be located in multiple places on different strings.

I usually start with the G string for vocal melodies that are sung by males in a tenor sort of range so that is what we will use for this song..

Step 3 – Start by working out the first syllable in the melody.

Just keep it simple here. This is a big step. Sing the note out loud, then try to find that note on your selected string. The first syllable for this chorus is simply the word ‘She’.

Sing the word she out loud and then try to find this pitch that you are singing on the guitar.

There are only 12 notes in music so if you try the open string and move one fret at a time, all the way up to the 12th fret, you will find the note you are singing somewhere. Keep trying until you get it.

You may have to move up and back down the string if this is new to you. Don’t worry if it takes a while at first. It gets easier!

If you are using the G string, like me, the note for the word ‘she’ is on the 7th fret and is a D. Hopefully you got that yourself!

You might find that you are singing the correct note at a different octave to what you are playing on the guitar.

To make the next step easier, find the same note, but now at the same pitch as the note you are singing.

In other words, join me by working this out on the G string if you picked another.

Step 5 – Work out the next few syllables.

I usually do this one line at a time. Now that we have the word ‘She’, it’s time to get the rest of the melody i.e. ‘loves you’.

Let us go back to the D note on the 7th fret of the G string and ask ourselves, is the ‘loves you’ part higher or lower?

Keep moving up or down one fret at a time until it sounds like the melody. Generally speaking, you’ll know it when you have it.

Look below for the answer:

This would be the ‘yeah, yeah, yeah’ line. Use the same principle as above to work this part out. I’ve found that breaking down each line like this makes the job much easier.

There is no rush so take your time and come back to it if you get stuck.

Wanna be a cool cat?

The first time you do this will probably be the hardest, but the benefits of being able to take something you hear, and find out where it is played on the guitar, will massively strengthen your ability to find the notes you hear in your head.

Not only will that save you a lot of time, it will improve your improvising, your song writing, and will make you look like a cool cat in front of your friends too!

Once you have the melody sorted for the song, you can try adding the chords to it.

A few tips for making ‘play by ear’ easier.

A ‘secret’ skill that will make the process of working out songs by ear much easier.

I say ‘secret’ in jest as really this skill is something everyone should do but doesn’t – Learn your Major and minor scale up and down one string.

It will stop you from guessing and trying out all 12 notes. Instead, once you work out the first two, you’ll know whether or not the scale the singer is using is Major or minor and therefore you’ll know which notes are not on the scale. Accordingly, you will save time by knowing which notes not to waste time trying.

Be wary of out of key notes. This goes slightly against the above point but often, a singer will sing over an out of key chord (to add pleasant tension to a song).

For this to work they have to sing an out of key note, so occasionally, you’ll search for a note not in the scale. The good news is that this is often noticeable and your ears will prick up when you hear it.

An example of this in ‘She Loves You’ would be the line in the verse, “Know you should be glad”. The “be” is a D# note on the 8th fret of G string. Listen out for that.

Another reason why music theory is really useful.

Learning some music theory can be a really useful aid for an exercise like this. If you know your music theory, and most importantly how to apply it to the guitar, you find that the process becomes far more logical.

Things such as learning where octaves are, knowing your scales, etc. all save time when you are doing an exercise such as this. You can find all that out easily in my theory book.

Do this exercise often and you will start seeing patterns between songs. This will save you time in the future for working out other melodies and songs.

Play by ear to get all the benefits that come of it.

It’s almost like an innocent child-like exercise. Adults rarely have the patience to do it. They are so focused on learning new songs or getting past technical hurdles that the idea of doing this simple exercise doesn’t really pop up.

The thing is, though, this exercise can be a welcome relief from trying to learn fiddly songs or get past those technical hurdles that frequent everyone early on – chord changes, anyone?

My student, Paul, recently had a hand injury from work so couldn’t play properly but could do this exercise as it only required one finger on the fretboard at a time. If you are injured or ever get injured this is the perfect time to do this exercise (although I recommend you do it a couple of times per week too).

I definitely recommend you try this. With regular practice at this you will get quicker at recognising tunes and you will improve your ATE as well. If/When you ever want to write songs for yourself – you’ll be able to play the melody you hear in your head on the guitar far more quickly.

There is no need to do it for hours on end every day, but just once a week or so would be enough. Try and work out a melody or two for yourself and you’ll see your ability to pick up melodies quickly sky-rocket, your musical ‘ear’ improving vastly.

By the way, I still enjoy that Ace of Base song even now. I can’t help it. Don’t hate me.