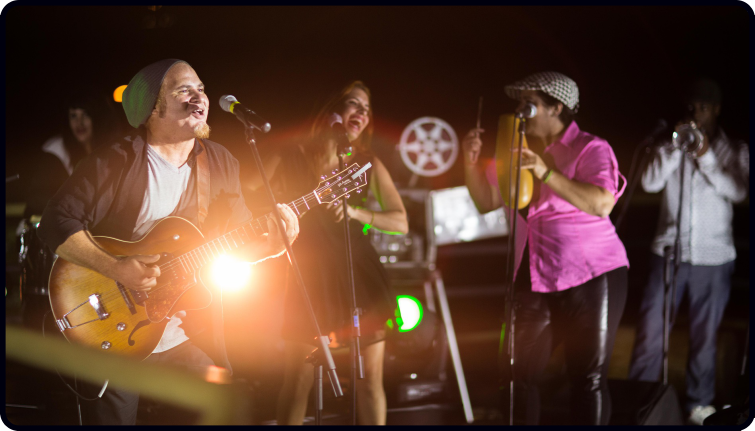 There are some key guitar learning steps and sometimes people learn them the hard way. Back in 2008, I was in a band and one evening the other guitarist rocks up to practise.

He excitedly said to us, “Guys you will never believe what I just bought. I got this awesome guitar for 30 quid on eBay.”

He then pulls out this pretty looking, sparkling Les Paul replica.

I can’t remember the brand, but it was something cheesy like “Chordz” and obviously, at that price, it was definitely not a real branded one like Epiphone or Gibson.

It looked the part, but when he plugged it in this thing squealed like a pig being given 900 volts on the backside.

We made a few tweaks and it sounded better, but the tone knob even came off at one point.

We were all laughing at this.

To make things worse, a week later we played an open mic gig and the other guitarist bought this same guitar as he was convinced it was decent (deep down he knew it was rubbish, but he wanted to prove it wasn’t, I think).

Just as the drums were building up to a big solo…

The guitar slipped from out of his hands and crashed on the floor.

He scrambled to pick it up in a frenzy while we carried on playing amidst the chaos.

What happened was the strap had slipped right off the strap pin on the strumming hand side. He definitely needed strap locks on this guitar as the parts were so flimsy.

He was hugely embarrassed, while the rest of us just laughed away for the rest of the gig.

Anyway, there are two morals to this story and they are older than music itself.

My friend learned both of these the hard way as did I at various points with my playing.

In the world of guitar tuition, a lot of things sound too good to be true.

This can be for paid products, equipment, and those irritating clickbait videos on YouTube where someone promises to teach you 10 songs with 2 chords in 3 days or something over the top like that.

A lot of guitarists also do what he did and just plod along when they know things aren’t right.

Denial is the enemy of progress.

Keep both of the above in mind on your journey, don’t fall for the hype and things that sound too good to be true, and don’t be in denial.

If you are struggling with something in your playing, be honest.

If you want guidance, structure, and the tools to take the needed guitar learning steps, overcome many common guitar playing issues and without the hype…

Check out my eBook bundle below if you haven’t already.

Have a great day.