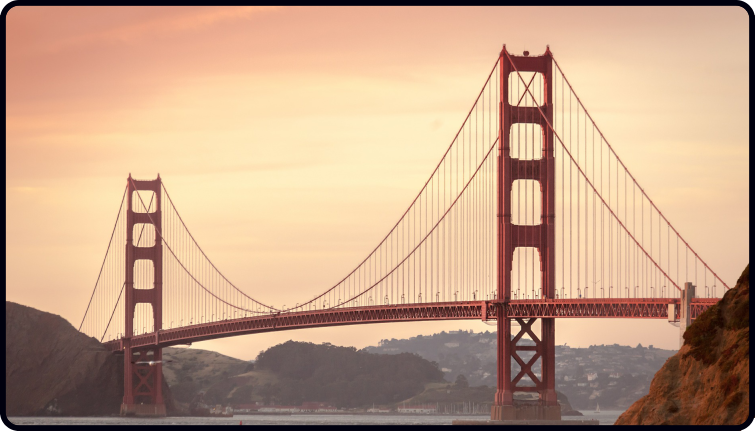 I’ve got a student, a lovely chap called Ian, who also supports the same football (as in soccer) team as me, which is Aston Villa. Anyway, he is a retired engineer of 65ish who started playing about 18 months ago and is doing great. One of the secrets to his success is his use of his methodical engineering brain in improving his guitar skills.

Whenever I set Ian a task, he takes it away and practises it with complete focus for the week, making a noticeable improvement for the next lesson.

Having a kind of “deadline” for the next lesson really helps to drive him forward.

Engineers are notoriously methodical, and that sort of attitude and focus is great for the nitty-gritty of guitar playing.

Take the Golden Gate Bridge in San Francisco (a place on my list to visit).

Not only did many “experts” say it couldn’t be built, but built it was, and actually ahead of schedule and under budget. Quite a feat, especially considering what an epic task it was to build.

These days, things always seem to run over budget and way behind schedule, but those who built the bridge were made from a different mould…

They were methodical, focused, and created something stunning – which has stood the test of time.

I say, take a leaf out of Ian’s book, and that of the builders and engineers of the Golden Gate Bridge, and methodically create something epic with your playing.

A good way to do this is to spend a few minutes each day breaking down one tiny thing in your playing and to inspect it with an engineer’s precision.

Get really zoned in on one tiny aspect.

For example, are you:

Really focusing on improving the minute details is great because, if you do this enough…

Over time, all the little improvements add up to make all of your playing bigger, better, and more musical…

And that is something we all want.

To get help with improving your guitar skills and learn in a steady, methodical, and engineered manner, check out my membership programme below.

One of the many perks is the community forum where you can ask anything and get help from me and others like Ian.

Also, if you prefer private conversations, you have the option to get priority email help from me directly as you need it.