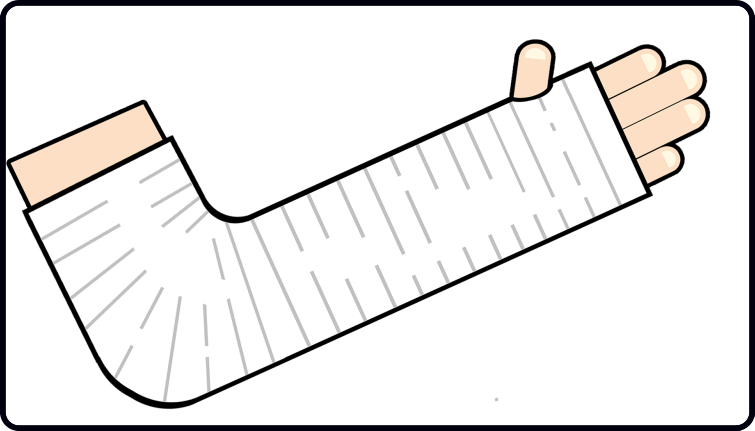 Welcome to a new Monday post with 3 random thoughts on all things guitar, music, and life, including how to make progress even when you have injuries, silly debates about the best guitarist ever, and more. Here we go…

Not being able to play can be very frustrating, but you can still make progress.

A student emailed me the other day and said he will be out of action due to a carpal tunnel operation he’s having.

Here are some things he can practise, and so can you if you’re ever injured…

You might argue you should do these things anyway.

Of course, in an ideal world, I’d get students doing the above every day, but time is often short.

Plus, if you’re a beginner, getting good technique and learning your first five songs should take priority.

…But if you’re injured and can’t practise guitar, that is the perfect time to do more of the above stuff.

Then when you come back to playing, you’ll have made some progress in these key areas.

There’s always something we can do to practise!

With Halloween approaching, I thought I’d share a funny little story from when I was a kid.

My mate Vijay told me about a film called Child’s Play.

He went into detail about how a doll called Chucky came to life and went on a murderous rampage killing others in horrific ways.

I was horrified. I couldn’t sleep.

…But it got worse. A few days later, I stayed at my cousin’s house.

I slept in her room while she stayed in her parents’ room.

…But her room was full of dolls.

I was worried I wouldn’t get a minute’s sleep that night.

But I had to face my fears.

I looked at each doll, and said to myself, “These are just dolls, they can’t hurt me.”

Eventually, I fell asleep and woke up rested.

I survived the night!

It was a good lesson for life and the guitar too.

Sometimes we have fears as musicians.

Our imagination can make things much worse.

Do you ever have a desire to play guitar for your family, play an open mic, or ring up a friend for a jam?

Fear can hold us back, but as long as you’re fully prepared, you should face those fears.

Yes, it might not go perfectly the first time, but often you’ll be pleasantly surprised at how much fun it is challenging yourself like this.

There’s always an ongoing debate in the guitar world about who is the best guitarist out there.

I’ve never liked this debate too much.

Growing up, Kurt Cobain from Nirvana was always my favourite.

My friends would argue Kurt was no good.

I would argue just because he doesn’t play fancy Phrygian modes, or know a tonne of theory, that doesn’t make him rubbish.

The fact was, I’d much rather listen to Kurt’s playing than those overly technical “shredder” guitar players my friends would love.

Kurt’s riffs were memorable, his playing was full of intense energy, and his passionate playing was often strangely hard to emulate.

To me, this was all way more exciting to listen to.

It’s a good lesson too, I think, about not being complicated.

Remember, you can do plenty with a basic E minor scale and although the fancy complex stuff can be handy, it’s not always needed.

I hope you enjoyed those three random thoughts and have a great week!

For more help with playing songs and improving your skills in a multitude of ways, you might want to check this out…