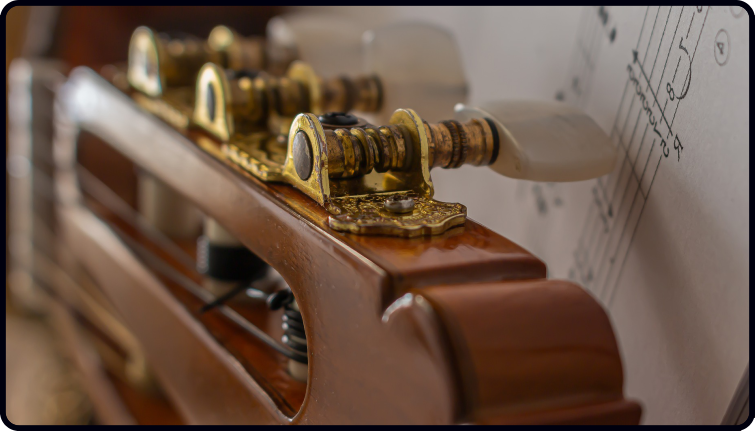 Here are two more interesting emails I have got lately. I hope you find the emails and my thoughts useful.

“Recently I have acquired a seagull s6 thinking my clipped chords were because of my fat fingers…. now it seems more difficult to play this wide neck guitar than my old standard Breedlove. Is it possible the brain gets used to one size for chords? Regular neck, etc?”

Changing guitars takes a little getting used to.

Wider necks have pros and cons for sure.

For example, there is a little hammer on/pull off trick I like to do on a D chord.

On my acoustics, it’s easy to play.

…But when I played this on my Yamaha electric recently, I really had to concentrate to play it at first.

This is because the neck is far narrower on the electric.

This means less space for my fingers to work in, which is tricky.

With a little practice, my fingers got used to it though and you will too.

Eventually, it might well be that you prefer one guitar over the other for certain songs or techniques.

I must say though, there will be some occasions you get a guitar, but it turns out not to be the right one for you.

The neck might be too wide or too narrow, or it may just not suit you after all. If that’s the case, which I hope it isn’t here, don’t get too hung up on the guitar.

People don’t like to hear it, as we all get sentimental over our guitars, but it’s often better to trade it in, in these instances.

Most guitars will fit in somewhere for you though, so this isn’t usually necessary, just something to watch out for if a guitar really doesn’t gel with you…

Anyway, onto the next one….

I think the late, great Peter Green should be included as a blues guitarist who played with heart and soul.  I am a huge fan of Peter Green, and his double album Reaching the Cold 100 (Peter Green Splinter Group) is a brilliant example of a great guitarist playing with heart.

I am saddened that Peter is rarely spoken of as one of the greats, which is where I believe he firmly belongs.

I love most of Fleetwood Mac’s stuff, and the early stuff is great.

They were pretty much a different band back then.

“Albatross” has long been a standard for me to play as a solo acoustic arrangement.

A few years ago, I got the Gary Moore CD Blues for Greeny where he covered a load of Peter Green’s songs.

From what I remember, on the record Gary played Peter’s famous ‘59 Les Paul.

It is very cool (I think the guitar is now owned by Metallica’s Kirk Hammett).

Anyway, Peter had lots of things going for him with his playing…

He pretty much had all that a blues guitarist (and any guitarist, for that matter) needs.

He’s one of those inspirations of mine that I probably don’t talk about enough.

In one of the new Dan Thorpe Acoustic Academy lessons for May, I play a song which covers a specific technique that Peter was renowned for.

This is one of those techniques that other legends, such as Carlos Santana, Andreas Segovia, Brian May, Tommy Emmanuel, and Eric Clapton, all use too.

…And when you get it right, it’s the sort of thing that makes the hairs stand up on your neck, even when played with the simplest of melodies.

It’s all in the new lesson for the month of May.

The deadline to join is Saturday and not only do I teach this technique, but I also show you how to apply it to a wonderful song (which is taught over 3 levels, meaning anyone can play it).