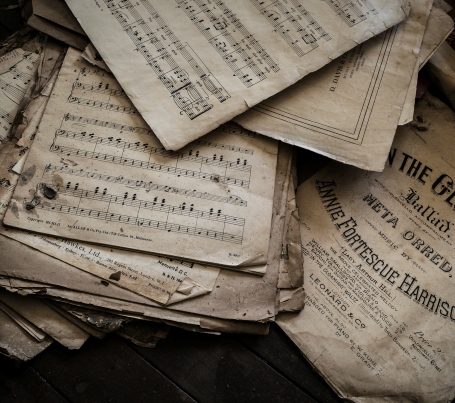 Music theory is a touchy subject for a lot of guitarists. Most of them don`t believe in it and others just hate it. On the other hand, some guitarists who struggle to knock out a decent tune, spend too much time reading up on advanced intricate theory when they should be practising their guitar skills and learning how to play the songs they love.

As with most things, a happy medium is needed. You should learn the basics of music theory if you haven`t already; depending on your goals and interests on the guitar you can then decide how far down the rabbit hole you want to go.

For example, a wannabe country strummer who has zero desire to go further than pulling out a Johnny Cash or Garth Brooks cover might only need the bare bones of music theory and having that will help him or her on their journey. A Jazz player, however, will need to invest a lot of time into understanding what the hell is happening in one of the most theoretically demanding and complex forms of music.

Yes, you can `wing it` without any understanding of theory in any style of music, but there will come a point where you will hit a brick wall and progress will slow down without the necessary theory. Obviously, this will happen much faster in Jazz than country but you get my point.

One of the ways your progress will slow with a lack of solid theory is that you will massively struggle to work out songs for yourself by ear.

Having the ability to listen to a song and pick it apart and work out how to play it for yourself is a wonderful skill. One, that can be really hard with a lot of guesswork or one that can actually be fun and logical and is something not many people talk about. The simple fact is a little music theory can make working songs out for yourself much, much faster.

Knowing which chords and notes work together is the key

The reason for that is that if you know what chords and notes are in a key, and you listen to a song, and work out the first chord, that chord is also the key of the song – which will then dramatically narrow down all the possibilities of what the other possible chords are in that key.

What if you knew that once you get the first chord then the next chord is likely to be one 5 other primary chords?

Well, that is what happens when you learn what chords are in a key – you massively narrow down the possibilities of what chords a song uses, saving you lots of time and reducing the chances of you giving up and using ultimate guitar to find the chords for you.

Yes, sometimes a song will use a chord outside of a key but once you have learnt the basics of music theory, you can learn which chord substitutions work well (there are also simple rules for this).

Let`s take a typical example of a good starter song to work out by ear –  a modern classic – such as `Half the world away`. The first chord in the song is a C Major (which is not hard to work out with a bit of practice). If you know even just a smidgen of music theory, you will know that the key of the song is likely to be C Major.

This means the next chord you would try out should be from the key of C Major which contains F, G, Am, Dm, Em (excluding the diminished chord and substitutions) or their variations such as Fmaj7. It is actually Fmaj7 – which is a really easy and natural version of F (watch and learn the tutorial to see what I mean here).

If you don`t know any music theory, you may just randomly guess at some chords that seem to work well with C Major from some other songs. Sometimes you may guess correctly and other times you may just be having a wild stab in the dark.

This logical process works for melodies and riffs as well as chords. All you need to do to work out the melody or riff for a song is know a scale or two (usually just Major and minor) but in truth, most guitarists need to understand the chords in a key first – as this is more applicable especially if you just want to strum along and do a little singing with the song.

Don`t make my mistake of not learning any basic guitar theory!

When I was learning the guitar in the early days, I didn’t know what chords were in a key (hell, I didn’t even know what a key was), so I would work out the first chord and then just keep guessing at a load of chords pretty randomly until I found the one that worked.

I knew about 20 or so chords at that time I reckon. It was very amateurish and a little silly. I would always be in a rush and want to work out the song quickly but the irony is, if I would have sat down and spent 20 minutes learning some super basic theory, I would have saved myself plenty of time. The mistakes we make when starting out are often pretty ridiculous when looking back.

It is easy to learn the chords and scale for a key, it will save you a lot of time. My guitar theory book will help. If I was starting out again, I would spend a little time learning some simple theory – beginning with learning the basics of the keys of C Major or G Major (they are the most popular for most guitar music).

This small investment in time would have saved me plenty of hours and helped to make working songs out much, much faster and more enjoyable every time. This knowledge will certainly do the same for you too.