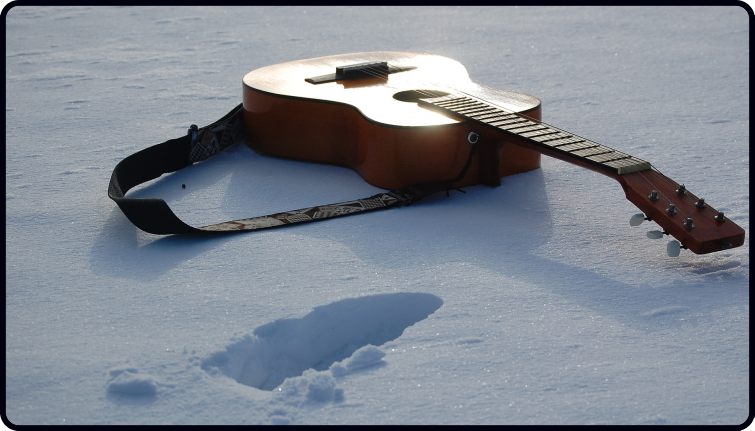 You want to learn a song.

It’s a classic song that makes you burst with excitement.

You begin playing it, and you’re delighted because the first few notes sound like the song!

Your heart races with excitement.

Then, your palms get a little sweaty as you rush on to learn the next exciting part of the song…

…But in the midst of this excitement, you forget the first few notes.

Okay, no problem, you revisit the song from the start, but now the flow of the music stutters and skips like a scratched CD.

So, you go back to the song the next day, but it just doesn’t flow.

You start to feel a little confused as to why it doesn’t sound right.

Then, overwhelm starts to kick in and your head pounds a little.

To make matters worse, it may be that the more you practise the song, the worse it gets.

I’m not sure if you’ve ever felt that exact way, but I know I have.

…And I’ve had many, many emails over the years from students telling me similar things.

It can be depressing as hell, feeling that way.

So, what’s the solution?

…And that’s learning a song in a very specific way.

It’s something I’ve touched upon in my 5-Point Musicality Checklist previously, but now I’m going deeper with this.

In this method of learning songs, I cover each transition, each movement, the position you set your fingers up before you even play a note, the fingers you pluck a note with, and more.

It’s all about the fine details, like each brushstroke on a masterpiece such as the Mona Lisa.

Yes, to play songs well in the early days, we need to think in terms of precision like a master such as DaVinci.

The good thing is, if you get the first few bars of a song nailed, the song can pick up momentum like a runaway train.

Most songs have repeating parts after all.

The problem with learning songs can be knowing exactly what to do, what to look for, and how to do it.

That’s why I created a process and this is something I cover in detail in a new Dan Thorpe Acoustic Academy lesson.

The lesson will show you how to play a very simple but famous piece of music and how to play it to perfection.

If you nail what I will show you inside, it can make learning ANY song in the future (plus any song you already know) much easier and much more enjoyable.

It’s a big claim I know, but this lesson is critical for us all and it’s possibly one of the most important I’ve ever taught.

Yet, I’ve never seen anyone go into this sort of thing like this.

The lesson contains many 1000s of hours of wisdom I’ve acquired from teaching this beautiful, but sometimes mind-boggling instrument!

The lesson is for members of the Dan Thorpe Acoustic Academy and to get it, you’ll need to join before the end of the day.

Enjoy, and here’s to your musicality!