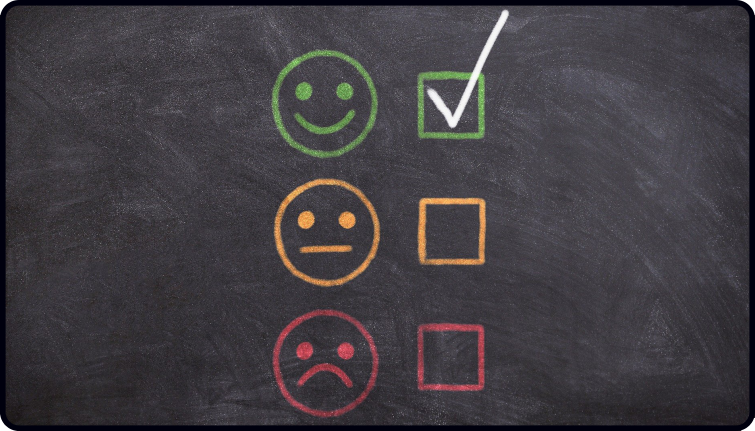 Welcome to a new Monday post with 3 random thoughts on all things guitar, music, and life, including positivity, a weird exercise, and more. Here we go…

A few weeks ago, I asked a question about positivity in the Fingerstyle 101 Facebook group:

“On a scale of 1-10, how positive are you in the moment when practising guitar?”

(1 – really negative, 10 – totally relaxed and happy no matter what happens).

The replies were mostly very positive.

Most people answered saying they were between a 7 and a 10.

That is great display of positivity.

It is important to have fun and not be hard on yourself if things ever get tough.

Do what it takes to make your daily playing as enjoyable as possible.

That is so important.

For everyone, no matter what you scored, see if you can make your practice even more positive.

Positivity is so important, after all.

#2 – Those who changed the world and didn’t know

I have always been super interested in the history and evolution of music.

The other day I was reading a book with a bit about Robert Johnson.

If you don’t know, he was the brilliant blues musician who allegedly made a pact with the devil, and died at the tender age of 27, in 1938.

He was homeless, always travelling and scraping by, earning a little something from his music.

There were only two photos known of him, and his recordings are low quality and a little hard to listen to, but little did he know, his music probably changed the world.

I mean, loads of blues players from the 60s were hugely influenced by him (just ask Clapton and co.), and as we all know, blues is the bedrock of a huge amount of good music to come since.

It makes me wonder whether he would have known his playing would still resonate with the world in some shape or form all this time later.

You can practise anywhere.

The other week I was driving my partner Sally to an appointment and while I waited in the car, I read a bit of a book.

I put the radio on, sang along with a few songs.

Did some drumming along with them, and then started to doze off a little.

As I was drifting off, I started listening to the deeper details in the music.

I started picking out the bassline, noticing little details, like the kick drum pattern, the quiet acoustic being strummed in the background, the harmony lines, etc.

It was a little hypotonic, and it helped that I was super relaxed.

Picking out the different aspects of songs like this is actually a good listening exercise to do.

Try it yourself if you get a chance.

It won’t change your playing on its own, of course, but it is a good, fun way to train your ears some more.

Plus, you may just hear new details in the recordings you have heard hundreds of times.

That is pretty cool in itself.

Anyway, that is all from me today.

I don’t really go on about it that much, but if you like these emails and want more regular tips, such as little daily nuggets of advice, do check it out and don’t forget to hit like.

The link is below: