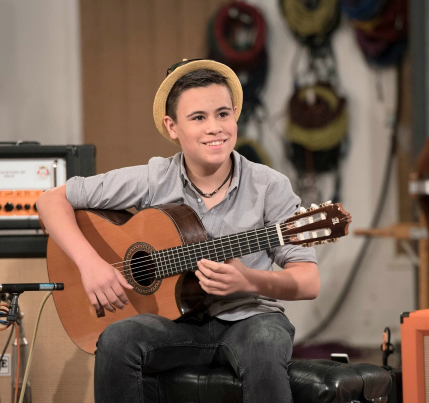 Billy Watman is a wonderful 15 year-old guitarist from London here in the UK. I first discovered him a couple of months ago watching Guitar Star on the Sky Arts channel.

I was instantly wowed by Billy’s skill and the obvious amount of passion and dedication that came through in his playing. You could see right away that this chap is going to be a star, and a star I wanted to interview for this month’s Q and A.

Even though Billy didn’t win the contest which if you don’t know is a guitar competition, he was my personal favourite. His fingerstyle arrangements of ‘Bohemian Rhapsody’, ‘Stairway to Heaven’ and even Black Sabbath’s ‘Wicked World’ were nothing short of brilliant.

After being mentored by the likes of George Benson (wow!), Miloš Karadaglić, Jon Gomm and being produced by Tony Visconti (David Bowie), Billy’s playing got even better.

He might not have won but he will definitely be a guitar star very soon.

Check out his thoughts below.

Too many to mention! Rodrigo y Gabriela, Tommy Emmanuel, Miloš Karadaglić, Thomas Zwijsen and The Showhawk Duo are a few of my favourites!

The Showhawk Duo – check them out, and AC/DC at Wembley Stadium.

Probably Dark Side of the Moon by Pink Floyd.

That’s tricky. I love Prince’s guitar solo on “While My Guitar Gently Weeps” – does that count as a recording?

Whichever one I am holding 😉

Harp harmonics were really tough to master, but really worth it as they add loads of new possibilities.

Probably Sungha Jung I think. Although he plays steel string, and I play nylon it was his videos that made me see the guitar can sing melody and play rhythm at the same time.

Stairway, isn’t it everyone’s? 😉 I still play it, but a really cool Rodrigo y Gabriela arrangement with loops.

Don’t know, just picked it up when I was 6 and kept playing.

A very old and battered ¾ size nylon string guitar from a charity shop (I still have it!)

Both, self taught for the first few years, then had some lessons, and eventually auditioned for the Purcell School of Music in London, where I now study classically.

Occasionally, I use DADGAD for percussive pieces. I love Eric Roche’s arrangements.

Favourite effects to use (if any) and why?

Reaching the final 3 of Guitar Star on Sky Arts TV – I worked with George Benson, Tony Visconti, Milos Karadaglic, Tony Iommi, Jon Gomm and played in some of the best recording studios in the world, including Abbey Road! Fantastic experience. 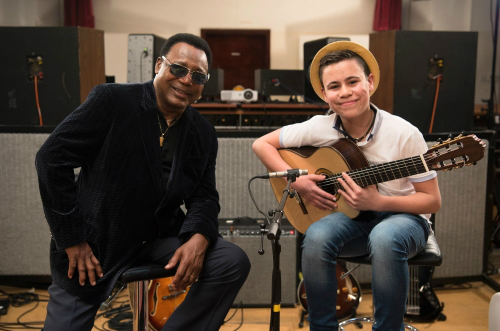 Make the music that you enjoy playing, always listen to advice from everywhere – and always think twice before turning down any opportunities, sometimes the bad gigs end up leading to the good ones.

Between 30 mins and 3 hours – usually in the morning – but no set routine, I don’t play scales very often but I play Bohemian Rhapsody most days all the way through as a warm up as it has virtually every change and technique in it!

(That’s a great point Billy makes. Choosing a song or two that really works a variety of techniques is wonderful for your playing as you don’t need to practice boring exercises but will still be practicing really important stuff while having fun – Dan)

Play music you enjoy listening to – that way although it’s frustrating sometimes, the result will be more satisfying and you are less likely to give up trying.

General thoughts on learning guitar for our readers

Try all styles, I started as a steel string strummer (aged about 6) and I used to sing. I was always more interested in the complex fingerstyle stuff though, but it was really hard to do at that age.

Which superhero would make the best guitarist?

With a surname like mine? Has to be Batman!

Best music festival you have been to?

Glastonbury – still waiting for that call 😉

Hopefully you all found that Q and A inspiring. Remember, it is not about how old or young you are, it’s all about the dedication. Billy is testament to that. Put in the hours of practice, make your practice time fun and you too can be the guitarist you want to be. In the next few weeks I’ll be showing you exactly how I get my students to practice for maximum success. It is very simple but has made a big impact on their playing.

To find out more about Billy and to listen to more of his playing, head to billywatman.com or check out his Facebook page.