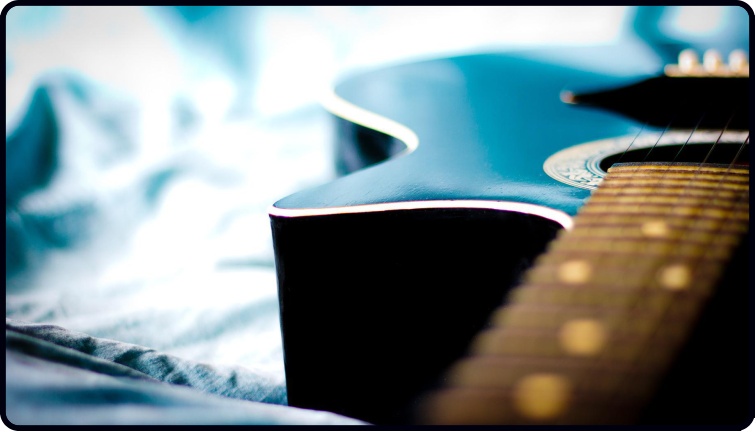 There’s a really cool skill that pretty much all great guitarists have.

…And if you like the sound of jangly guitars as heard in tunes such as “Brown Eyed Girl”, “April Come She Will” (a song many of you have learnt from my tutorial), and many more, then you will love “triads”.

If you’ve never tried them, here’s a little power tip.

Check each note is clear and then…

Move the D chord up and down the fretboard

Play the three strings you are fretting (G, B, and high E strings)

Try the chord shape on the low frets and try it on the high frets.

Try strumming it, picking it, and embellishing it.

See if you can move it around to create some cool chord progressions.

It’s so much fun.

Once you are doing any of the above, you are playing triads.

The simple fact is, triads don’t have to be hard to learn and use.

You simply take three notes from a basic chord and move them around the fretboard just like we did with the D chord.

The problem is the other triads can be harder to work out.

Plus, knowing which shapes, which three notes, and where to move them to so they sound good is not easy.

So, it’s a good idea to experiment with the D chord…

So you can spice up your playing today…

You might want to check out my latest Dan Thorpe Acoustic Academy lesson.

As you may know, this month I’m releasing one new lesson per week and the deadline to get this specific lesson on getting started with triads is…

P.S. I’m not one for talking about guitar tricks but when used in a simple way, triads are pretty much a nifty fun little trick you can use.

Then, when you want to go deeper with them, they are a whole new technique that can open up many doors in your playing. This includes in ways such as by combining lead and rhythm, playing alternative and exciting versions of the same old chord progressions, and plenty more…

HERE’s the place to get the lesson. And as the lesson is out now, if you join, you can start it right away.