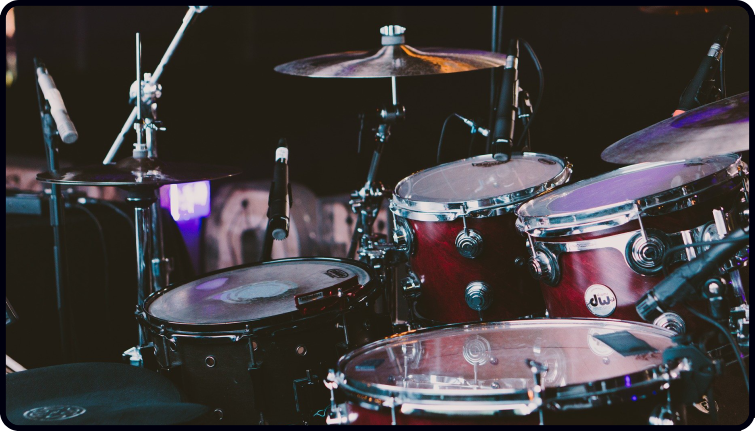 Welcome to a new Monday post with 3 random thoughts on all things guitar, music, and life, including remembering Taylor Hawkins, 3D music, and more. Here we go…

It seems at the moment a week doesn’t go by without a great musician passing away.

Just the other day, Taylor Hawkins from Foo Fighters sadly left this world.

Foo Fighters are a band that in the late 90s and early 2000s were a big part of my life.

I had many a great night watching their shows all over the country.

On BBC Radio 6 (a great music station), yesterday they played an interview with Taylor and he was talking about how, when he joined the band, he was super excited to play drums for them.

…And that Dave Grohl (singer, guitarist, and former drummer of Nirvana) does this thing where he writes his guitar parts as much rhythmically as he does melodically.

This is a subtle but big part of the Foo Fighters’ sound.

I’ve said it for years, all guitarists should listen to drummers more.

The reason why is because all music contains rhythm, and to be a good drummer you must have a mastery of rhythm – that’s why drummers often make good guitarists.

So I wanted to write this in tribute to Taylor Hawkins, a phenomenal drummer who really did have insanely good rhythm, and in tribute to him, I also wanted to send this as a reminder that listening to drummers is a good thing.

Just sitting and tapping out drumbeats to songs you love is one of those little things that, while it won’t give you instant results, will help you become a better guitarist over time.

#2 – Spending and investing in yourself

Lately, I’ve had a realisation.

I need to get a new computer.

It’s not exciting, but geez, this thing I’m typing on right now has slowed to the point it’s like trying to watch a snail attempting to play the solo for “Stairway to Heaven” – haha, i.e. very slow.

I need something quick, high quality, and I need it in the next few days. Cost is not really a factor.

I want a laptop or a Mac I can use “on the go”. One thing I want to do this year is to spend more time working in environments that inspire me…

Like by the local lake, on mini trips, or outdoors.

Plus, I once heard a good quote from someone who said something along the lines of this:

For us guitarists, that should be shoes, a good mattress, and our guitars, haha.

Therefore, I think it’s a good idea to get the best guitar, equipment, lessons, etc., that you can afford.

I used to be tight with things like this back in the day and tried to do it on my own, whereas instead, I should have paid for a better guitar and a tutor. Being tight put me a few years behind where I should have been on the guitar.

Obviously don’t go into debt or struggle to pay for these things, but definitely don’t feel guilty about spending money on what you are most passionate about and love the most.

In music, there are effectively 3 dimensions.

I never really hear anyone else talk about this, but it’s really important, particularly if you like playing fingerstyle melodies.

The first dimension is melody, the second dimension is the bass, and the third is everything else (things such as chord tones, hammer-ons, pull-offs, vibrato, rolled chords, and more).

The melody is and will always be the most important thing when you play.

Everyone notices the melody.

The bass adds depth and character to a piece and can make it sound almost like two guitars being played at once, like when Travis picking.

The extras really can be anything else that add sparkle and glitz to a piece. This third dimension is super fun, but there is more scope for things to go wrong here.

The 3 dimensions of music is a concept I don’t hear many others talk about all that much, but it’s a great way to think about playing guitar.

It will also be covered in my new book out this year, tentatively titled, 1-Minute Melodies.

For now though, I’ve recorded a lesson on this where I cover this “3 dimensions” concept while teaching you a simple but wonderful piece of music to play.

You can get it in the Dan Thorpe Acoustic Academy if you join before Friday.

Find out more about the Dan Thorpe Acoustic Academy

Hope you have a fun day…