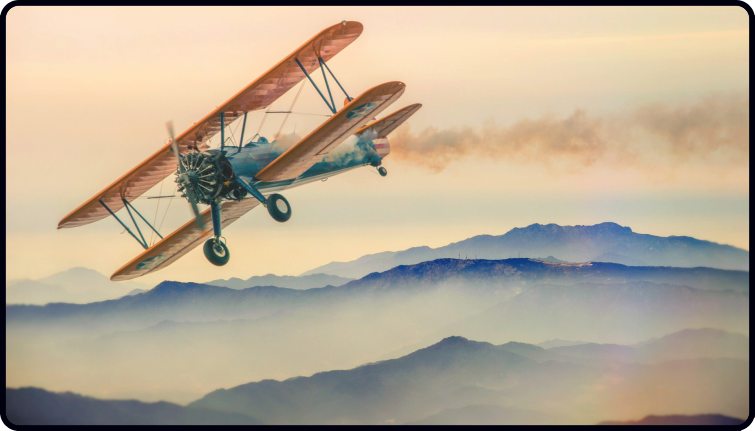 On October 7th, 1903, esteemed engineer Samuel Langley was about to change the world.

He and his large staff have just created an aeroplane.

They were ready to test it and be the first ever to achieve the incredible feat of having a motorised plane fly in the sky.

Langley had focused all his efforts on the engine.

His theory was that if the engine was big and powerful enough, it would fly.

Upon take-off, disaster struck and the plane immediately crashed.

This time it was an even worse case of wrecking the plane.

Meanwhile, hundreds of miles away, Wilbur and Orville Wright had quietly been trying a different approach.

They built a glider that focused on balance and steering, and with little thought to power.

After lots of vigorous testing, they got a bike shop machinist to create a tiny engine to power the glider.

…And just a short while later, they changed history and have eternal recognition throughout the history books.

So, what’s this got to do with the guitar?

Well, a lot as it happens.

Often this leads to a lot of crashing and burning and sore fingers and painful barre chords.

Why not then, use the Wright brothers’ approach to playing barre chords?

This is where you play them while being graceful and using brain over brawn.

…Which means using proper technique and then adding a little power at the end (just like the Wright brothers did with the engine).

It’s far more fun and rewarding than trying to use the Langley approach of power.

Put the artistry and design first (i.e., technique), then bring in the small engine later (i.e., the amount of necessary power later).

Do that and your barre chords will have the ability to glide gracefully through the air.

Have a great weekend!

P.S. It took the Wright brothers four methodical years to refine their design to make the plane fly. It took me a similar amount of time to refine a method of making barre chords far more enjoyable, smooth, and productive for students.

The thing is though, I refined those methods and put them into a course so it will take you far less time to play them.

To find out more about the course, check out the link below.