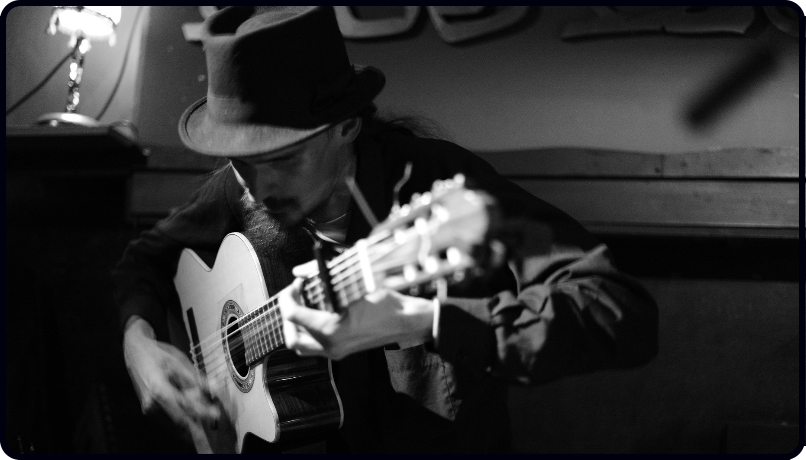 If you struggle with chord changes and find they are slow, awkward and are ruining the flow of your songs and maybe they even want to make you throw your guitar out of a ten-storey building hoping it will land in a burning car, then you will definitely find this post helpful.

There are multiple reasons for slow chord changes but one of the biggest culprits is one not many are aware of and even those who are, have no idea how to fix it.  In this post, I’ll show you what the issue is, why it crops up and more importantly how to fix it so your chord changes, especially those when changing from G to C, become faster and smoother.

Before we look at how to change guitar chords quickly and smoothly, first, let’s see what the issue is.

When inexperienced guitarists change from one chord to another, they often take all their fingers off and then place one finger on at a time when changing to a new chord.

This is not ideal, but it is something that all beginners struggle with at some point.

Most of you will know that ideally, you want to put all your fingers on at the same time when changing to a new chord, but that is tough at first.

It is very tough for all beginners (and even for frustrated guitarists who have played for a while). I remember it too well (it was the urge to pull my teeth out with a pair of pliers that did it!)

Let’s take the tricky G to C chord as an example of this frustrating and harmful habit in action. This is a super common chord change and one that happens a lot in many popular guitar songs for beginners.

Today, I was teaching a lesson with a student named Paul who was learning “Mother” by Pink Floyd and this reminded me I needed to write a post on this issue.

The G to C change in Mother is one that happens in a lot of songs and is one of the toughest changes in the book. As a side note, a lot of beginners struggle just to play the C chord cleanly so you should use a capo to practise with at first as explained in this post on getting clear chords.

Anyway, what Paul did, and most people do when changing from G to C is to:

I hadn’t seen Paul for a few weeks due to my recent surfing trip so this little bit of a habit had snuck in somewhere. I stopped him and explained what was happening and he immediately realised what he had done as we had covered this a while back.

He saw the error of his ways.

Only when the ring finger was placed on the lowest note in the chord, which is the 3rd fret of the A string, could he finally strum the chord.

If he had strummed any earlier, it would have sounded rubbish.

When changing to a C chord, I instructed Paul to do the opposite which was to get in the habit of putting the:

Watch this mini video below of me doing it the wrong way and then the right way.

Try doing it slowly and precisely the ideal way as shown in the super short video and try to apply the G to C chord change using the five times rule for extra benefit.

Doing it the right way is far better for multiple reasons.

Anyway, that is a quick but very useful tip that will help you change guitar chords smoothly.

To summarise, try to change chords by moving all the fingers together at once.

That takes years to do for most guitarists so if you can’t do that, lead with a finger, but ensure it is NOT the index finger that lands first.

Try landing the ring, middle and then index finger. If the pinkie is involved in the chord (like for a big F chord), you should use your judgement for if the ring or pinkie lands first.

There are always exceptions to anything so before I get emails telling me what about the Bm7b5 chord, and how that should break this rule, remember, this is a guideline, not a rule, and it is a tip that will help break bad habits, build better muscle memory and allow you to change chords faster.

If you have done it the other way (placing the index finger down first) for a long time, be patient, this method will work but like any bad habit, it will take a little time to break.

Let me know your thoughts on this and how it helps. If you want more help with your chord changes, check out my course on the subject. It is a few years old but the material in it is still very powerful, will always be relevant and has only ever had good feedback. Leave a comment and let me know what your biggest chord changing struggle is. I always enjoy your thoughts.