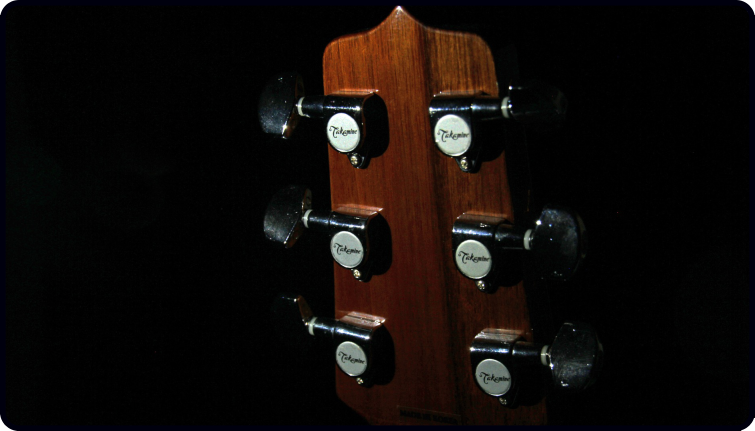 Here is another of the weekly posts with 3 thoughts about guitar, music, and life, including letting in fear, a question about the classical guitar playing position, and more.

Following on from last Monday’s email about the classical position, I got his question.

“How come most talented guitarists hold it the other way?”

Now, by the “other way”, this chap means where the guitar is flat across your lap in the typical non-classical manner.

Some do, some don’t.

Classical guitarists, who are often super talented, sit in the erm, classical position.

Sometimes the big names of guitar sit with it in a flat position, but that is often when doing some casual strumming.

Most of the time though, they tend to perform standing…

And when standing, they often manoeuvre the guitar about to get it in a good position.

Have you ever noticed when watching a guitarist live, when it comes to tricky passages in a piece, like a big solo, they often stick a foot on an amp to raise the guitar up and angle it like in a standing kind of version of the classical position?

The reason why they make this adjustment is that having the neck pointing up and the guitar higher up is generally a more natural position for playing.

Although I recommend the classical position, it is not mandatory.

Do give it a try though, particularly if you find you have a sore or achy fretting hand, wrist, or arm.

#2 – Put fear in the passenger seat

I was listening to a radio show the other day featuring someone called Jen Gottlieb.

She was talking about fear and how to beat it.

I loved her analogy and can definitely see how it can be useful for guitarists.

I have slightly adapted it, but the core of what she said was…

If you are ever scared, worried, doubtful, or lacking confidence, do this…

Basically, the idea is to not ignore the fear but to be in control of it.

That way, you can acknowledge it, and move forward.

A useful tip that.

#3 – The importance of patterns

On the first of every month, in my Dan Thorpe Acoustic Academy, I release a brand-new lesson only available to current members – and one that those who join in the future won’t get.

I call these the “Deep Dive” lessons and this month’s is a great one.

For this lesson, we are getting creative with eight chord progressions where I show you how to apply one fingerpicking and one strumming pattern to each.

Each of the eight progressions is a fun and creative take on common sequences which, if you practise and analyse, will help you open up and understand the fretboard more.

Most of all though, this is an enjoyable lesson with each progression getting slightly harder, giving you a nice gradual challenge.

There is no theory or anything deep, this is about inspiration, joy, and opening doors up for you so you can see what is possible with just one single strumming and fingerpicking pattern.

For those who do join, you will also get my $47 theory book delivered to your door as a welcome gift with which you can learn and understand the theory of everything you do, better.

Take a look at the link below.

Anyway, that’s all for today.

I hope you have a great Tuesday!