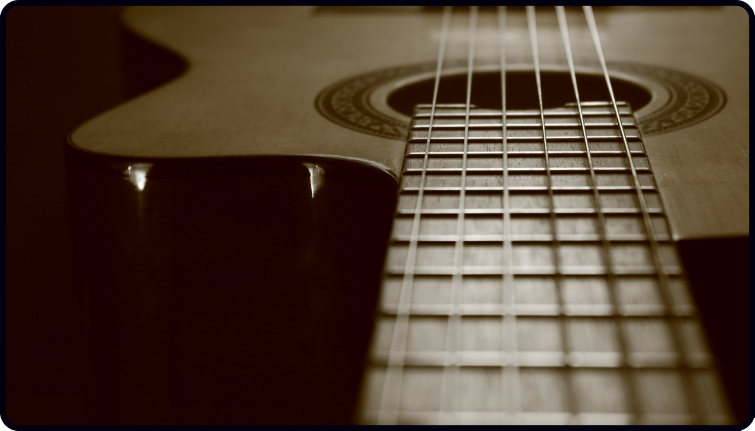 This may be a familiar story to many of you.

One day, you tell yourself:

“Right I’m going to learn the notes on the fretboard once and for all”.

You start off steadily, learning a few notes here and there, and all is going well, until…

…You try to learn just that little bit too much.

Doing so can be the straw that breaks the camel’s back.

Often doing just that little bit too much can cause you to forget what you already learnt, and then new stuff usually doesn’t sink in either.

After some scratching around, you realise that the whole session was not very productive, and…

…It all just left you with a sore head like you had too many heavy beers/glasses of wine the night before.

It might not be exactly like that for you, but I have been there myself and I have seen this first-hand with students multiple times, even after warning them against it.

To make matters worse, most guitarists don’t actually enjoy learning the notes on the fretboard.

Because doing so out of a musical context can be boring (this depends on the student though).

…But, how about if you could learn some of the notes on the fretboard and make some pleasant and relaxing music at the same time?

You can, and I have a fun system for teaching this to students.

It involves playing one of the simplest fingerpicking patterns ever (a four-note pattern) and what is probably the most useful scale ever, learnt up and down a few strings.

It doesn’t sound like much, and that is the point because a little goes a long way.

Yet, with the above, you can make some great music and get “lost in the moment”.

Have a great day and happy fingerpicking!